Residing in Atlanta GA, Rodney is a renowned author, publisher, international keynote speaker and leading sales trainer in multiple arenas. He has made record breaking strides from his humble start as a telemarketer turned business owner, forging his way to his most current and coveted title as the number one sales trainer in the home improvement industry.

The 20 year sales veteran is affectionately known throughout the industry as “The 91% Guy” due to his unheard of ninety-one percent close rate. More than a third of the top Replacement 100 corporations have Rodney Webb on speed dial and he currently serves as a sales coach and adviser to several multi-billion dollar conglomerates such as Jiffy Lube, Owens Corning and Capital One Finance. Rodney’s training seminars are infamous for providing real-life scenarios, contagious motivation and escalating the bottom line for major corporations and individual sales professionals alike.

Rodney has graced the covers of prestigious home industry publications such as Remodeling Magazine with editorials in Replacement Contractor, Qualified Remodeling as well as countless other media outlets. It’s no secret why Rodney Webb is the industry Big 50’s most sought after speaker. Hailing from Florida, but residing in Atlanta, quite simply put, Mike Pittman is Rodney’s protege. Starting with him at just 23 years old, Mike came to Rodney looking for work with absolutely no experience. Over the past eleven years, Mike put up numbers that make him the best salesperson that Rodney has ever coached. Mike has sold a variety of products from roofing to window to kitchens and bathrooms and had the same levels of success in all arenas.

Mike now focuses on coaching clients on how to consistently beat records on a monthly basis. As a senior sales consultant for Rodney, he travels from coast to coast helping organizations to reach their maximum potential, often far better than the clients could have ever dreamed. On average the companies that Mike consulted with grew their business over 40 percent annually. He specializes in on-site role play training as well as ride along evaluations. As a result of his extensive management experience Mike also is a specialist in helping managers and owners better understand their staff and their business. Managing by the numbers is a philosophy that was instilled to him by Rodney and has become part of his DNA. His “in the field” experiences provide unbelievable motivation using real life examples of what being dedicated to a system and practicing your craft can achieve. John is a Tampa, Florida native, who now makes his home in Atlanta, Georgia. He has passionately studied the Rodney Webb 10 Step Sales System for nearly a decade. John was 24 years old with absolutely no sales experience when he started in the home improvement business. He worked under the tutelage of Rodney’s protege, Mike Pittman, for his first four years. Over those four years, John was able to put up numbers that would eventually get the attention of Rodney Webb himself. John’s dedication, passion and determination to master the 10 steps took him to new heights. Rodney tested his skills and ability to teach the system to others for over a year. After proving that not only could he make the 10 steps successful for himself but also help others utilize the system, he was asked to join the Rodney Webb team.

John is now a full-time International Sales Trainer of Rodney’s system. He travels all over the United States and Canada helping clients take their business to record breaking heights. John’s specialties are on-site role play training and ride along evaluations. He is known for his in the field experience. This is when John takes a sales rep and gives them an example of the 10 steps in a real life situation. His purpose is to show how practice, passion and dedication to learning can change your life! Lenny is owner of DreamHome Remodeling in Maryland and Virgina as well as SuperStar Coach for Rodney Webb Consulting.

Lenny started in the remodeling business at age 19 as a canvasser/telemarketer. He was quickly promoted to sales then sales manager for one of the largest retail companies in the country. At 23, Lenny started DreamHome Remodeling out of his kitchen and in a short time grew to one the largest window and siding companies in Maryland and Virginia.

Leading with a repeatable canvassing and sales methodology, Lenny started, built and sold three different multi-million dollar businesses. A 20 plus year sales professional, he has personally canvassed for retail roofing, windows, siding, decks, bathrooms, countertops insulation and storm restoration work in 11 different states. Lenny has the unique ability to take the fear and negativity out of door knocking and turn it into a powerful low cost lead opportunity. Lenny brings a hands on approach and intimate look on how to build and maintain an effective canvassing team that will allow you to bring back successful strategies you can instantly implement into your business. J. Clay Cox is a former practicing trial attorney turned sales trainer and business consultant. Clay, along with Senior Consultant Mike Pittman, met Rodney Webb while knocking doors for a marketing firm selling sports ticket packages. Introduced to the Buy Limbic Sales System in his early 20’s selling clog free gutter systems, Clay was able to close at over 60% his first year in the industry. However, Clay chose to return to the University of Tennessee to pursue a law degree.

Clay returned to the industry as the General Manager of Ridge Valley Exteriors in Atlanta, GA. Within two-and-a-half years, he helped grow their revenue (and his income) by 300% by hiring and training the Buy-Limbic Sales System. Clay joined the RWU staff full-time in 2016 – he has combined his experience teaching RWU with his legal training to create a unique consulting experience for his clients.

In his free time, Clay enjoys golfing, traveling, and attending sporting events with his family. He is based out of Atlanta, GA. Born outside of Pittsburgh, Pennsylvania, Chad currently resides in Louisville, Kentucky. He was first introduced to Rodney in a 101 training nearly 10 years ago and hasn’t looked back. With Rodney’s help, and Chad’s drive to be the best, he became a superstar of the in-home sales world. Coming into the business in his mid twenties, Chad has grown and matured with the system and has transformed not only his life, but changed his family, and his customers lives as well. No matter the product, whether it was bathrooms, counter tops, kitchens, roofing, etc. Chad has continued to “Trust The System” and excel in all areas.

Chad joined the BITW team in June of 2016, and hasn’t stopped his momentum, helping numerous companies and sales people advance their careers and achieve their goals. When Chad was placed with a small up an coming company, he accepted the challenge with open arms and determination. In just 12 short months he has hired, trained, and maintained a level of success that has taken the company to a new level and shattered all previous sales goals. His hands-on approach allows for nothing less than the very best from his people. His in the field success is something he leans on to help others get better and raise their income. Chad’s ability to motivate people through hard work, leadership, and positive mental attitude helps him relate to and get the best out of anyone. “Trust The System” has changed his life, and he’s now on the path to helping others do the same. Hailing from California, Jeff was born and raised in the home improvement industry.

Growing up in a home improvement company, he went from job to job working his way through the organization. When he started to look into sales, he discovered Rodney Webb and attended his very first bootcamp over a decade ago. At that time he met Mike Pittman, and over the years, with both Rodney and Mike’s guidance, he honed his skills within the Buy-Limbic Sales system.

In the years that followed, Jeff was able to train under Mike Pittman when he came to his family business to work with their sales team. It was in those visits that he came to realize that his true passion was in teaching. In pursuit of becoming the BITW, he made the decision to reach out to Rodney in hopes of joining the team. Since then, Jeff has spent multiple years traveling the country, training under the the RWU staff, and selling every home improvement project imaginable. Having proven himself through the most rigorous training program in the industry, Jeff joins the BITW staff with a wealth of experience and the ability to help others change their lives the same way he changed his own: through Trusting the System. Blanca, an internationally recognized body language expert and media personality, teaches you how to get what you want out of your life, relationships and career. The key is by connecting with people in meaningful ways. The method is through a nonverbal connection; understanding the silent messages people reveal through their body language. The result is increasing your influence, impact and income.

As a member of the BITW team, Blanca will be training and producing Rodney Webb University courseware on “Buy-Limbic Body Language”. From her coaching, you’ll learn how to interpret the unspoken reactions of your prospects and make the real-time adjustments necessary to turn an otherwise failed sales call into a successful close!

You've Been Increasing Your Sales Skills For: 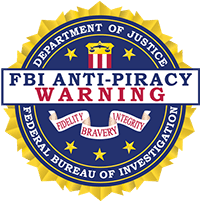 The unauthorized reproduction or distribution of a copyrighted work is illegal. Criminal copyright infringement, including infringement without monetary gain, is investigated by the FBI and is punishable by fines and federal imprisonment. All videos, downloads, narratives and other content on this website are explicitly the copyrighted and proprietary property of Rodney Webb, LLC. Any unauthorized use will be prosecuted both criminally and civilly to the full extent of the law.